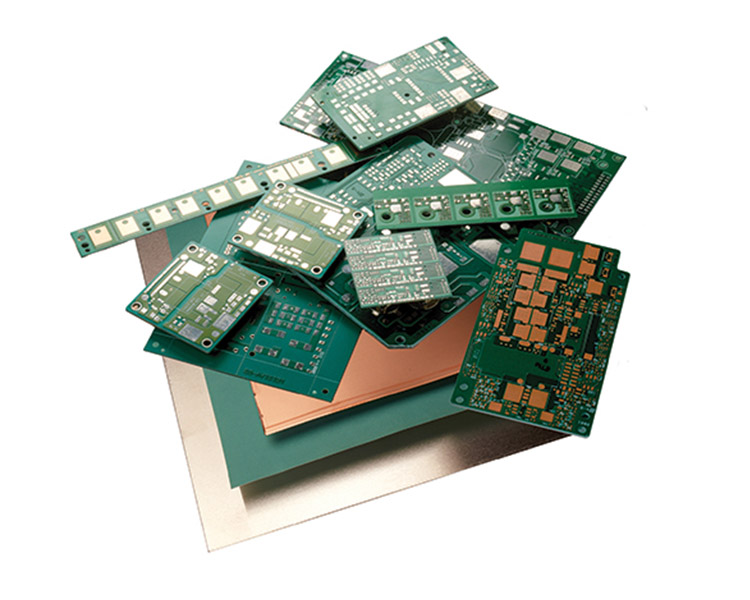 Because of the diversity of materials available and the wide range of applications, the concept of an “ideal laminate” has become not so clear.
A material ideal for a high temperature application may be impractical in a microwave or high speed digital design, for instance.
As a result, while we can list properties that are potentially important, each design team needs to establish a prioritization among them because no one material will have the optimal value for all the properties which might be considered important
KEY ELEMENTS IN THE MATERIAL CHOICE

For DSC method, samples are subjected to a temperature scan of 25°C to 220°C at a ramp rate of 20°C/min, and Tg was identified as the midpoint of step transition in the DSC measurement plot.

TMA uses a mechanical approach for measuring Tg. A sensitive probe measures the expansion of the test specimen when heated. Polymers typically expand as temperature is increased. From the expansion curve, a CTE can be calculated over a temperature range. If a material goes through a Tg during a TMA test, the curve shape changes significantly and Tg can be calculated by using an onset technique. 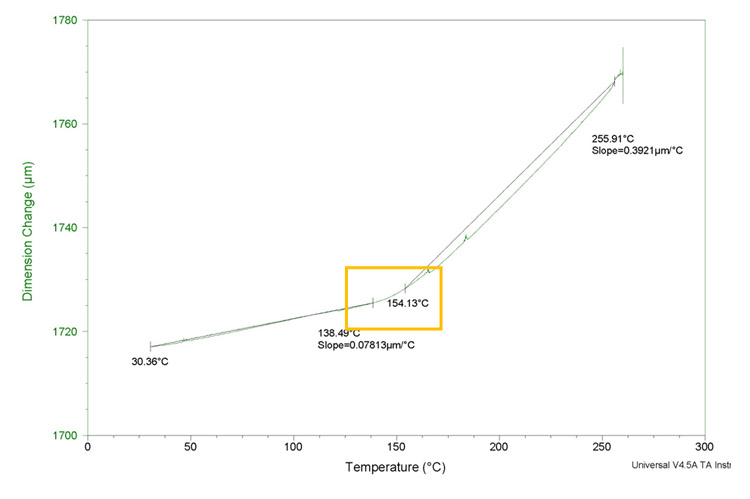 Since the resin cannot expand in either the X or Y directions, virtually all of the volume growth takes place in the Z-axis. The vias and other plated through holes are oriented in the Z-axis and are placed under stress as soldering takes place. The combination of thicker PCBs and multiple soldering operations can produce failed PCBs even before they complete the manufacturing process. Care must be exercised in choosing the proper Tg material for each application.